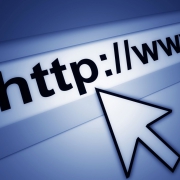 We are delighted to announce the launch of our new website! The new site brings a fresh new look, a more intuitive layout, and a lot more content. We’re very pleased with it, and we hope you like it too! 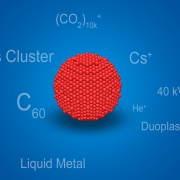 Ion beams come in many shapes and sizes; different source technologies produce a wide range of different beam types, some have flexible sources that can accommodate a range of elements, while some are broad beams, and some analytical. It can be a mine field if you don’t know what you’re looking for. In this application note, we shed light on Ionoptika’s range of ion beams.

Ionoptika’s range of ion beams can be split into two groups based on their applications or purpose; sputter beams, and analytical beams.

While all ion beams will sputter a surface, we make this distinction based on the area and speed with which this occurs. Sputter beams have three characteristic features: high current, large spot size, and wide field of view. They are designed to deliver a large dose of ions over a wide area as quickly as possible, in order to optimize etch rates.

Sputter beams are often used to remove material prior to analysis using a separate analytical technique, e.g. SIMS, XPS, SEM, TEM, Auger etc. This can be for cleaning purposes, or used as a means of depth profiling through the sample.

Rather than being used to facilitate analysis using a separate technique, analytical beams are designed to perform the analysis themselves. They also have three characteristic features; wide energy range, small spot size, and variable current control. This gives the user incredibly fine control over the beam characteristics, which enables them to optimize their experiment.

Carbon-60, or just C60, is a type of fullerene molecule, consisting of sixty carbon atoms formed into a hollow sphere, not unlike the shape of a soccer ball. The first C60 ion beam was produced by Ionoptika, in collaboration with the University of Manchester in 2002, and since then more than 140 units have been sold worldwide.

As an analytical beam, the gentle sputtering action of C60 also reduces the fragmentation of larger molecules, resulting in an enhanced molecular signal intensity. For techniques such as SIMS, this can be incredibly important, as it significantly increases the usable mass range of the technique.

Gas cluster ion beams (GCIB) are high-energy beams of cluster ions, ideal for the sputtering and analysis of organic matter. They are an incredibly versatile ion source, as both the beam-type and the properties of the beam can be varied as needed. This allows the user to tune the beam to the needs of their experiment.

The source operates through the adiabatic expansion of gas in a vacuum, causing rapid cooling and resulting in cluster formation. The clusters are then ionized through electron bombardment and accelerated through the column. The size of cluster is a vital parameter, and may be tuned over a wide range by adjusting the source conditions.

GCIBs are the ideal choice for sputtering organic matter. Etch rates of organic materials are several orders of magnitude higher than metallic or semiconductor materials. This makes cluster beams such as the GCIB 10S an excellent tool for cleaning surfaces prior to analysis. The large cluster species also produce very little fragmentation or sub-surface damage – performing better than C60 on both fronts.

In order to maximize the benefits of GCIBs for SIMS, the beam must be operated as high energy. This is because the secondary ion yield shows a non-linear increase as a function of beam energy. We therefore currently offer two variants of analytical beam: the 40kV GCIB 40, and the 70kV GCIB SM.

The J105 SIMS utilizes the benefits of gas cluster beams for organic analysis. The combination of the gentle sputter action of large cluster ions with increased secondary ion yield has extended the usable mass-range to > m/z 2500.

The versatility of GCIBs comes from having a choice of input gas. Argon has historically been a favorite, as it is an inert gas that forms clusters easily. Ar/CO2 mixtures are also common – the CO2 acting as a cluster formation agent. However pure CO2 gas is now the favored option for many of our customers using GCIBs for SIMS.

The stronger van der Waals forces between CO2 molecules results in much larger clusters than would be available for Ar – up to 20,000 in some cases. This gives users much greater control over the all important E/n value (energy per nucleon). Researchers have shown that optimizing E/n results in an enhancement of the secondary ion signal. It is also thought that the presence of O– ions at the surface improves the probability of ionization – further enhancing ion yield.

We have recently developed a water vapor (H2O) source for GCIBs. This is currently available as an optional add-on for our GCIB-40 and GCIB-SM products.

Liquid metal ion beams, also known as LMIS, or LMIG, are a well established source technology. The source operates by a liquid metal reservoir feeding a blunt tungsten tip, from which ions are extracted by a strong electric field. The source design is elegant and reliable, and hence has been used in focused ion beam (FIB) systems for decades. Ionoptika offer a 25 kV LMIG system in two variants; the IOG 25AU gold-cluster system, and IOG 25GA gallium system.

Liquid metal beams produce monatomic or small-cluster ion beams, such as Au+, Ga+, and Au3+. As such, they are characterized by very small spot sizes (< 100 nm). This makes them ideal for high-resolution analysis applications.

The high-energy smaller ions can penetrate, or channel, far beneath the surface before dissipating their energy. This causes significant sub-surface damage, and as such depth profiling can be unreliable. It also results in significant fragmentation, making LMIG sources much more suited to the analysis of hard materials.

Duoplasmatrons are an incredibly high-brightness ion source. The ions are generated as gas is slowly fed into an arc chamber, where it ignites as plasma. The plasma is then extracted and focused through the column. The nature of the source allows for many different source gases to be used. This means that duoplasmatron sources are a highly flexible source of ions.

Duoplasmatron ion beams are monatomic, and do not form clusters. This however results in much lower energy distributions, enabling smaller spot sizes. Combined with a high-brightness source, this leads to a very high current density beam, ideal for hard materials or where fragmentation is not a concern.

The FLIG® 5 is a unique ion beam system as it is based on floating column design. The design enables very low energy operation (down to 200 eV), while still delivering high current. Operating at such low impact energies greatly reduces the penetration depth of the beam, which in turn improves the depth resolution. Both O2 and Cs variants of the FLIG are available.

The table below compares Ionoptika’s various ion beam products under a number of categories discussed in this article.